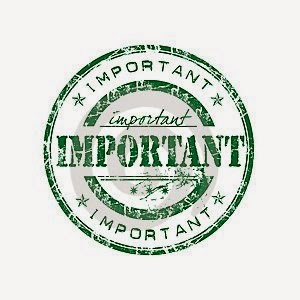 No self-respecting scholar would take out of context any words or statements of people they quote.  Furthermore, when quoting, we have to supply full source reference (if from a publication, we must then include author, title, page number, and date of publication).
Reporters know that.
Writers know that.
Discerning readers/listeners expect that.
Why is it then, that most people who speak 'in the name of God,' are allowed to treat God’s words with less reverence?
(The answer is at the bottom of this page.)
Don't people know that it is Forbidden (HARAM) to imply that God has said something which He did not...??? !!!
Isn't such a deed considered to be one of the ‘Inviolables/ MuHarramaat’ on a list which includes Shirk/ Associating partners with God (HQ 7:33)..???!!


Indeed, quoting out of context has been going on for centuries amongst 'Muslims', with the result that countless 'extractions' today are considered 'Gospel.'
Here are two examples of quoting out of context, which totally ignore, not only the verses before or after, but they also IGNORE THE ADJACENT WORDS IN THE VERY SAME VERSE!


The first partial-quote is from (HQ 4:3), which is NOT focused on marriage at all..! This extract is preceded by a CONDITIONAL CLAUSE, and is followed by instruction which shows that the entire verse focuses on fatherless ORPHANS and their welfare, when it may become necessary to bring orphaned children into family households, with their new father-figure receiving the orphans' mothers legally and with dignity as per a 'wedded/ nikah-agreement*.'
The second example is from HQ 2:191 and HQ 4:87.  Both verses are not about 'fighting infidels,' but rather, the first is about fighting those who drive you out of your home and your land, and the second is about those who insist on continuing to fight you, refusing to extend peace.
Do check out the discussion relating to both verses on the Blog.
--
Answer:
Why are they allowed to do that? POLITICS!!
It is crooked politicians and despotic rulers  through the ages who have encouraged such interpretations in their blind drive for POWER which makes the short-term goal of gaining the upper hand a priority above all else... at the price of harming everyone and everything.. losing faith... distancing themselves from God... and being traitors to their eternal Self.
Keeping the masses in check is their goal, even today.
There are studies which show us how it has well-suited rulers throughout history  to encourage murderous sports and to turn a blind eye to male aggression and domination within the home so as to keep rivals away.  And of course it suits them perfectly to consider everyone who opposes them an 'infidel' and send people out to 'kill them wherever you may find them.'