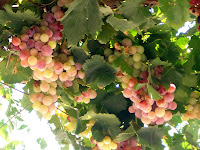 Classical Arabic is the formal literary language for 325 million Arabs.  It is what Arabs read and write, listen to in broadcasts, and sometimes sprinkle into their vernacular[1].  Its highest form, or paradigm, is the language of the Qur’an, venerated by 1/5th of the world population; about 1.84 billion Muslims.[2]
Classical Arabic is not easy to learn, mainly because its formal, diacretic[3] system is no longer followed in speech and much of its terminology does not correspond to the many dialects spoken by present-day Arabs.  While people of the Arabian Peninsula fifteen centuries ago spoke Classical Arabic, the inhabitants of 22 Arab countries today speak an informal, colloquial rendering of the original, with local variances in intonation and vocabulary.  This makes today’s early learners of Classical Arabic, both Arabs and non-Arabs, find difficulty in learning it.  In fact, Arab children who begin schooling feel that they have to learn reading and writing in a ‘second’ language, one that barely resembles what is used at home.  To them, there are two languages, the spoken Arabic, and the written, called ‘Arabiya Fuss-ha.’  As I like to tell my Muslim friends who find the language daunting:  Today, Classical Arabic is nobody’s first language!


[1] Western scholars often divide written Arabic into two categories: Classical Arabic, which is the language of the Qur’an, and all other writings which they call ‘Standard Modern Arabic.’
Arabs, on the other hand, see written Arabic as one unit called Classical Arabic, the unmatched paradigm of which is the Qur’an.
[2] http://www.islamicpopulation.com/
“Today there are nearly 65 states or countries with significant or majority populations who are Muslim”  (http://www.islamproject.org/education/Africa_Mideast_etc.html).

[3] Called ‘Tanween’ in Arabic, where each root-word has different vowel sounds added to it to denote part of speech.
awaiting your comments! R. H. D. 2 comments: